Some street art terms you may be familiar with.

Mural - A huge work, often on a legal wall. It might be done by an individual, an informal group, or a crew. A mural might depict a single scene, or it might be a series of standalone or loosely connected images or characters.

Graffiti - Graffiti writers are not interested in the general public understanding their artwork. They are primarily concerned with other graffiti writers who can decipher the coded tags and appreciate the style of the writing

The following image was taken just past the Whanganui Airport on the road to South Beach.

An old bunker which has been made much more interesting by the additional graffiti. 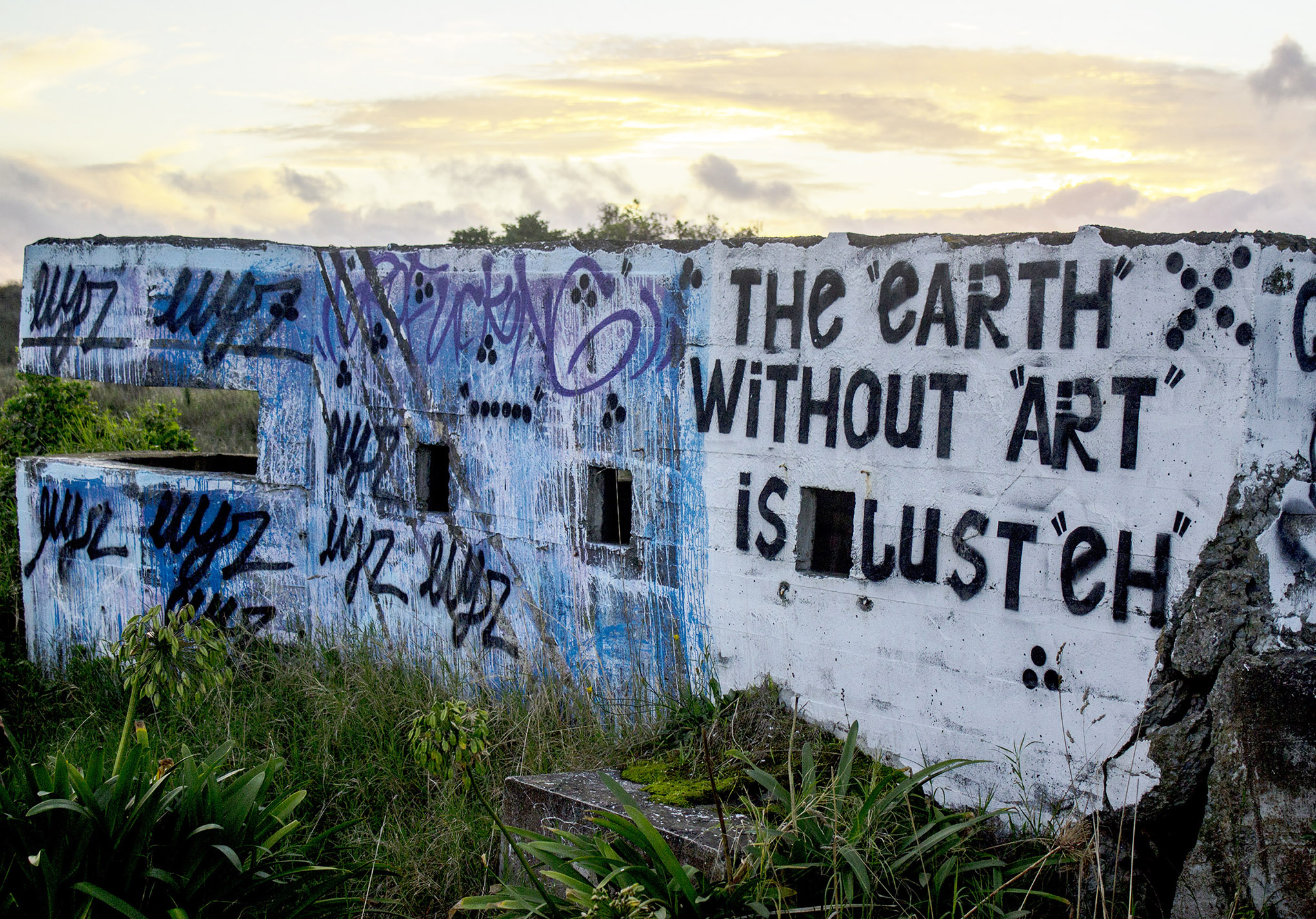